Short docu about composer Robin de Raaff and the rehearsal of his new orchestral piece “Symphony no. 2 Illumination… Eclipse”. Made by Philming for Deuss music .The world premiere was performed by Het Gelders Orkest, conducted by Antonello Manacorda on 23 April 2015 in De Vereeniging, Nijmegen, the Netherlands. Composed for and commissioned by Het Gelders Orkest for the celebration of their 125th anniversary. 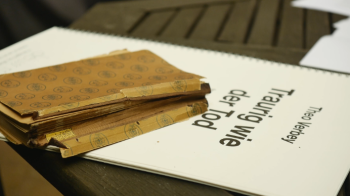 Short portrait about the composer Theo Verbey, and his premiere in Tivoli/Vredenburg of ‘Traurig wie der Tod’, made by Philming for Deuss music.